Confronting, real and eye-opening describes the work of the award-winning photographer Ingetje Tadros the best. In her latest photography exhibition ‘This is my country – Say no to Aboriginal Community Closures’ at107 Projects in Redfern, she managed to give the viewers an impression of what life looks like  in the Aboriginal community Kennedy Hill in Broome, Western Australia.

Ingetje Tadros is originally from the Netherlands but has been living in Broome for twelve years. During this time she had the chance to find out more about indigenous communities in Australia and how people, who live there are being treated. Five years ago, she started to document life in these indigenous communities in and around Broome in the hope of starting a conversation about social change.

“I have always been appalled by the way Aboriginal people were treated. It disturbed and disgusted me, so I decided to have a closer look and started mingling with Aboriginal people.” she says.

She started taking pictures of the life in Kennedy Hill. Pictures of everyday life to show what it means to live in Kennedy Hill. Her biggest reward from her work was the smiles she got whenever she printed out the images she took and gave them to the people. Many people would call her up and ask her to come over to take some family photos. During her time working in Kennedy Hill, she became very close friends with many people, who live there. They let her into their lives and let her take pictures because they started trusting her and that alone says a lot.

Ingetje was shocked when she saw what life actually looks like in the Kennedy Hill Community. She couldn’t believe that people in a rich country like Australia have to live in such poverty like they do in Kennedy Hill and numerous other indigenous communities.

“The community of Kennedy Hill seemed to me like a different planet situated on ‘pristine real estate’ and I was annoyed about the negativity expressed towards Aboriginal people.” she says.

To her, her photos are evidence of people, who live in poverty and are suffering from a long ongoing systemic social and historical human rights abuse.

With this work, Ingetje hopes to wake people up and show them that live in Australia is not the same for everyone and that we need to stop believing that the government is doing all it can for the Aboriginal people in this country.

“As confronting as some of my photographs are here, I hope that they will communicate the plight of people in them and act as a catalyst for debate and an agent for social change no matter how small.“ Ingetje explains.

Visitors of the exhibition were struck, moved and saddened at the same time by Ingetje’s work. Many of them, who didn’t know what is actually going on in Aboriginal communities, were quite confronted with the photographs, but also grateful for getting a glimpse of life in these communities.

Let’s hope that these strong photographs will start a conversation about how everyone in Australia can help and change the social injustice of Aboriginal people.

The stories behind the photographs

Click on the tags in the right hand corner of the images and find out more about the story behind them and what they mean to Ingetje. 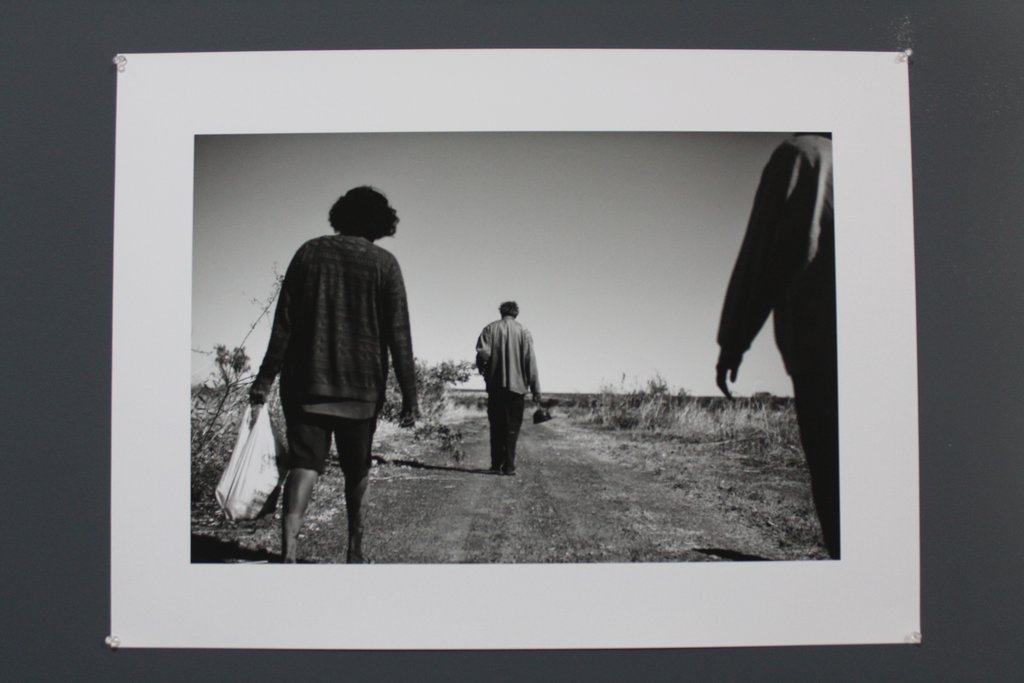 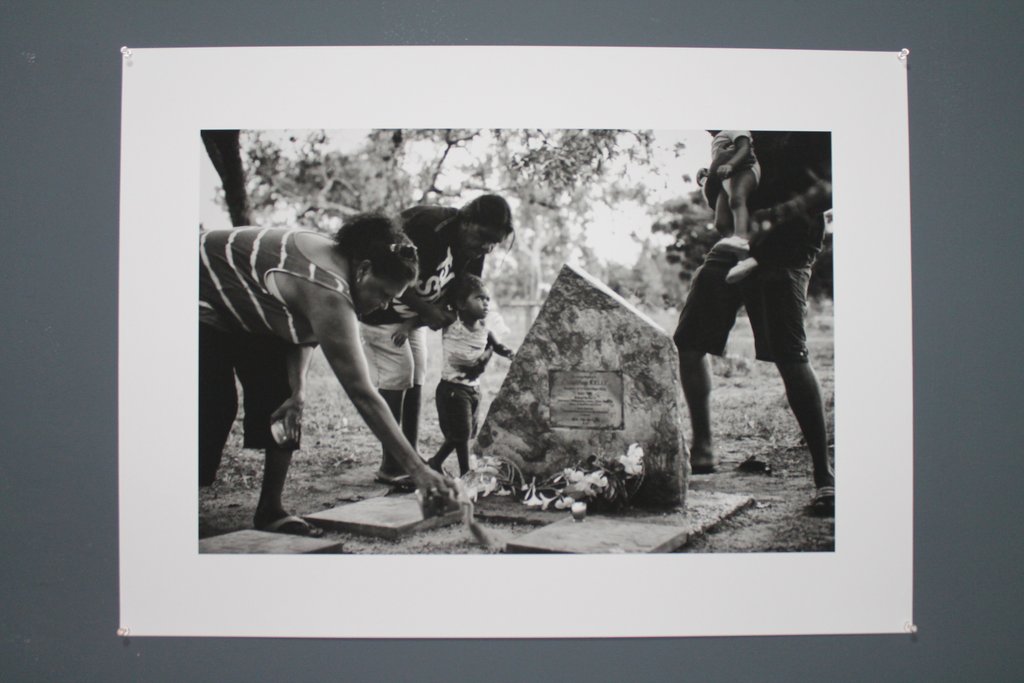 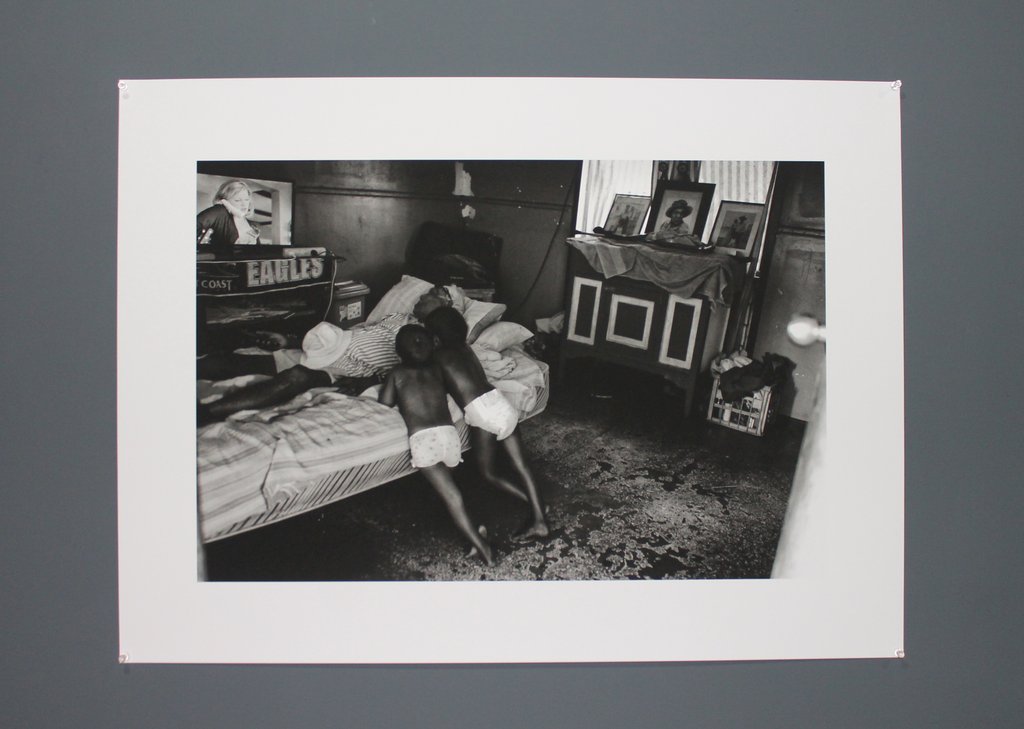 Not far away from Redfern’s well known Block, there is a small garage, which transformed into an artist workplace and is called the Duckrabbit Gallery. It is a space run by artists, which also offers room for young emerging artists to exhibit their work and make their way into Sydney’s art world.

Jarrod Burgess is one of them. Just last Friday, he opened his first solo exhibition ever, called‚ ‘Radical Redfern’. His art is loud, colourful and provoking. It makes people think, smile and happy. Jarrod is a young artist and with only 19 years of age, way ahead of the game. He himself never thought he would already have an exhibition this early on in his career. He is still a student, studying an advanced diploma in illustration at the Enmore Design Centre.

To call his exhibition‚ ‘Radical Redfern’ was more a coincidence than an intention, he admits.

“I just really like the word‚ ‘radical’ and I use it a lot as you can tell, and the gallery space is in Redfern and I just combined these two words”.

Himself not being from Redfern, but from Castle Hill, he experiences Redfern as an extremely inspiring place. Especially the mass of street art has impressed him and might inspire him to new art projects as well. But that is not all, what comes to his mind when he thinks of Redfern, he explains.

The art works featured in the Radical Redfern exhibition are crass and have a voice. Each one of them is unique and means something different to everyone. Asking what the message of his art is, Jarrod doesn’t have a clear answer. He just wants to bring happiness to people with his art. He doesn’t think there is a need to have a certain message, just happiness.

“I came from an angry place in high school and art made me happy.Just sitting down and drawing. People nowadays are too worried and I want to make people happy with my art.”

Even though Jarrod is not originally from Redfern, he finds it a very interesting place, because it is such a mix of different cultures. The topic of the gentrification of the suburb is also compelling to him and he decided to base his new work, an animated book, on the gentrification in Redfern.

For anyone, who is interested in the young artist and wants to check out his work, come on by to the duckrabbit gallery. The artist will be there every day from 11 – 6pm and will happily chat to you about his works and his inspirations. The exhibition will run until this Thursday, April 14.